Janet Fogarty has lived in Millbrae for 33 years with her husband, Bill. Janet is an attorney, owning her own firm, Janet Fogarty & Associates. Her practice focuses on Real Estate, Land Use, and Estate Planning. Janet has been a member of the Board of MCF for several years and is a past President of the Board. Janet has been involved with the community of Millbrae for many years. Janet joined the Rotary Club of Millbrae in 2009, and was President in 2012, and is a District Assistant Governor this year. Previous to that she was a member and past president of the Soroptimist Club of Millbrae-San Bruno. ​

​Janet was named a Millbrae Woman of the Year in 2013 for her work in the community. Janet was a Millbrae City Council member from 1987-1995, serving as Mayor twice during that time.She also volunteers in the San Mateo County Courts as a Small Claims Court Judge pro tem. Janet has been a long-time member of the Millbrae Chamber of Commerce. She served on its Board from 1996-2001 and again from 2003-2008. She served as Co-Chairman of the Board in 2001, and Chairman of the Board in 2000 and 1999. 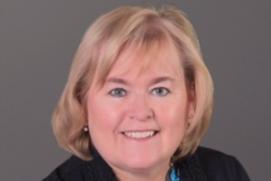