Joined the Foundation’s Board of Directors in 2009 and has actively promoted awareness of MCF by writing annual newsletters and working with Millbrae Community Television (MCTV) to produce a public service announcement about MCF.  He and his wife Shari have lived in Millbrae since 1981 and raised their two children, Karen and Christopher, in the community.  Joe was honored as 2013 Millbrae Man of the Year for his community volunteer work with the Millbrae Historical Society, MCTV, Millbrae Community Emergency Response Team (CERT), and multiple Relay for Life of Millbrae fundraisers.  He has project management skills from his work as a civil engineer with the City of Palo Alto and holds a bachelor’s degree from the University of California, Berkeley. 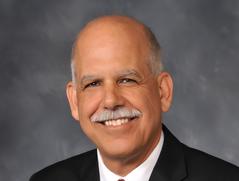