Walt joined the Foundation’s Board of Directors in 2010, and plays an active role working on the Finance Sub-committee. He has been a resident of Millbrae since 1973, and is a second generation San Francisco.

He is married, the father of two adult children who attended Millbrae Schools from K through 12 and has lived in Millbrae for 41+ years. Along with MCF, some of his other community involvement includes the Rotary Club of Millbrae as a Past President and currently Treasurer, a Volunteer with the San Mateo County Sheriff’s Office and prior to that with the Millbrae Police department. He retired as Manager of Systems & Programming in 2002 after 43 years with the same employer. In that capacity, he managed a staff that varied from seven to fourteen in number whose duties included the analysis of user business requirements, design of work flow, design of computer solutions, establishment of desk processes for clerical steps, programming and testing, and validation.

He also consulted with staff attorneys, actuaries & senior management on proposed legislative bills affecting worker’s compensation benefits and costs. He designed and developed systems to extract data that were used to supply answers to legislators' requests. Since retiring, he continued, for ten years, to support their systems as a consultant providing background information to newer staff, locating the source of malfunctioning processes and the development of new systems. 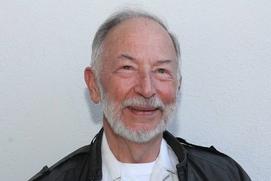